Its International Yoga day today and I ran into this amazing story of this aged man from Varanasi – Swami Sivananda. He is believed to the oldest man alive in India and perhaps in the world at 123 (per his passport and his own claim).

And my mind and thoughts immediately went racing and I was like…mama mia! This is amazing if true.

My first instinct was to check Wikipedia and the Guinness book of records only to find his name missing there. I noticed many reputed newspaper articles The Hindustan times and the Hindu run his story. And one of the had published a copy of his passport (yes bis passport!) carry his year of Date of Birth as 1896.

Goodness me, that a long time. A man living in 3 centuries, and healthy as of now. It turns out the Indian authorities found his birth recorded in temple written records and accepted the date. That is good enough for me  but it wasn’t for the Guinness Book of records it appears.

Nevertheless the amazing man is based out of Varanasi and is of Bengali origin. He attributes his longevity to no stress, no greed, no sex, no spices and daily Yoga! He says he practices Yoga daily for 15 mins. And in the picture above he does “Sarvangasana” like a rock star!

It does matter whether the Guiness Book accepts his data or not, only is clear to me…..

If you are not practising Yoga, start TODAY! With Yoga, ones chances to live longer simply multiply. 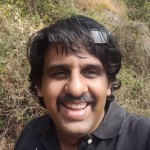